Green Economy: Bridging the gap between talk and practice

Nowadays, not a week goes by without a think tank somewhere in the world discussing ways of achieving a decent life for a growing world population without destroying the planet. This was debated at the World Resources Forum in Peru in October. In Switzerland, the Green Economy Symposium in November explored how a green economy can become an international market driver for this high tech but resource poor country. Also in November, the Global Green Growth Institute in South Korea held an international conference on The Nexus between Creative Economy and Green Growth.

These are but three recent examples. Never before have so many people around the globe devoted their time, energy and brain power to reflecting on a sustainable future for all. The multitude of conferences produces a multitude of interesting and worthwhile recommendations. But unfortunately, these generally do not go beyond the outcome documents of the meetings. 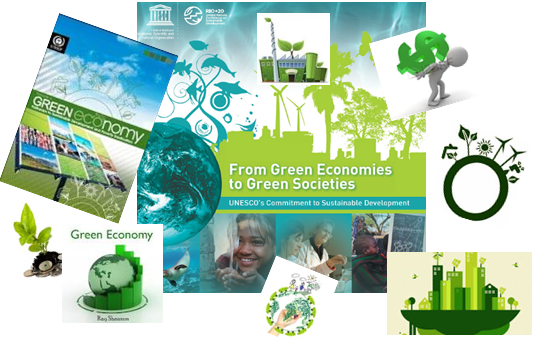 At the same time, private companies, research institutions, development banks, international organizations and foundations collectively spend millions in research, technology development, and projects “on the ground” that could both provide a basis for the think tanks and benefit from their outcomes.

There is definitely a missing link here. Finding it could finally achieve the move from talk to action that has been advocated for many years. Personally, I believe this will require a joint effort of a “think tank organizer” and an “implementer” of green economy work – for example, an international organization and a multinational company. Both would have to be ready to assume leadership in exploring new ways of doing things. A good start might be the elaboration of practical templates and tools for the implementation “on the ground” of conference recommendations, based on successful projects.  As a next step, an initiative could be launched with like-minded entities to build conference recommendations into existing project portfolios on a broader scale, using the practical tools and templates developed, and to share practical experiences with policy processes to make their outcomes more action-oriented and concrete.

Anyone prepared to take a lead on this will move things forward in a big way, and emerge as a real Green Economy leader!

…. but only by linking conferences and practice will it become a reality!